SV-352 SPACIOUS VILLA 3 + 1 IN CHATALKOY in North Cyprus.
This three bedroom villa is being built using the most modern architectural technologies.

So, the villa includes

Fireplace.
Private pool.
However, there is a large terrace.
Private garden plot.
In addition, parking for two cars.
Separate kitchen area.
Separate dining room.
Large double bed in the master bedroom.
Marble floor.
Moreover, the decor of the ceiling of their plasterboard.
All bathrooms have first-class tiles.
First class double glazed aluminum window system.
Each room has an infrastructure for the Internet, satellite TV and telephone.
The walls and ceilings in the rooms are painted with first class paint.
Laminated interior doors.
Infrastructure for personal surveillance cameras.
Infrastructure for air conditioners.
Roof waterproofing and thermal insulation.
Solar panels on the roof of the house.
There is a place for a barbecue in the yard.
Among other things, a view of the mountains.

As a consequence of its location, North Cyprus is a stopover for migratory birds. At different times of the year, mainly in spring and autumn, there are over 370 bird species in Northern Cyprus.
In terms of bird species, this island is the richest area in the entire Mediterranean. In addition, there are over 50 species of butterflies on the island. Moreover, each of which is superior to the other in its beauty.
It is worth noting that the sea turtles are the dignity of the island.

There are two types of sea turtles that prefer the coast of Northern Cyprus for laying their eggs. Namely, the turtle Caretta and the Green Turtle. Moreover, annually more than 200 turtles of both species visit the shores of the island. Undoubtedly, the most favorable time to observe the egg laying is the end of June and the beginning of July. Little turtles are born during August. Mostly at the end of the month or early September.
The most famous beach with turtles is Alagadi. In addition, just 15 minutes from this house.
SV-352 SPACIOUS VILLA 3 + 1 IN CHATALKOY with Veles Property. Layout of a three-bedroom villa on the second floor SV-413 VILLA ON THE GOLDEN HILLS OF KYRENIA 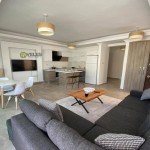 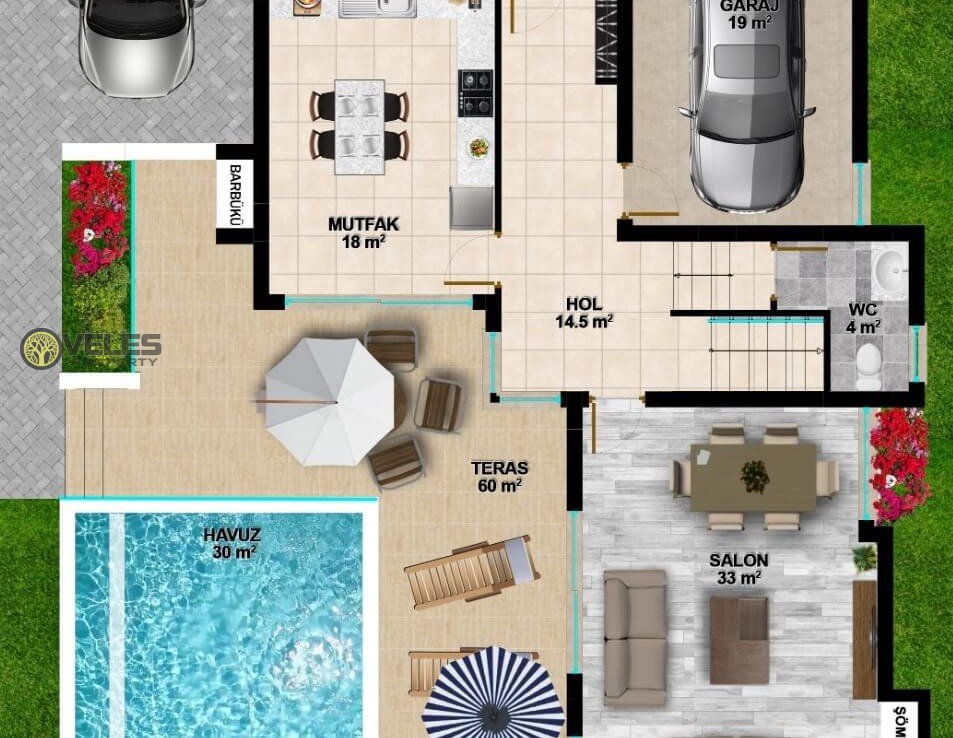 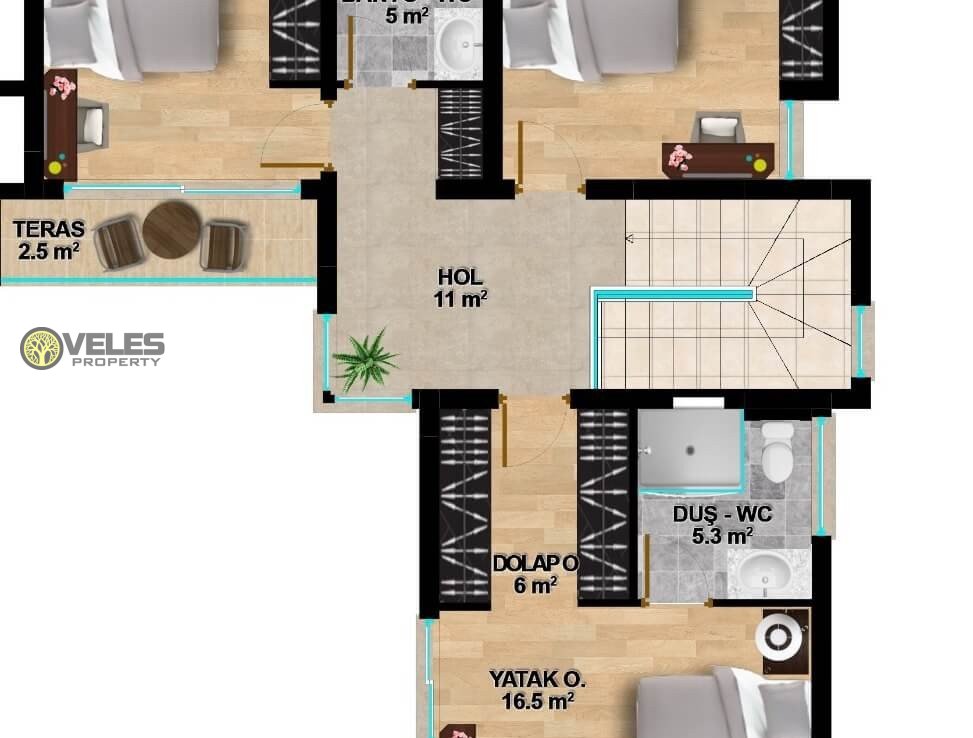 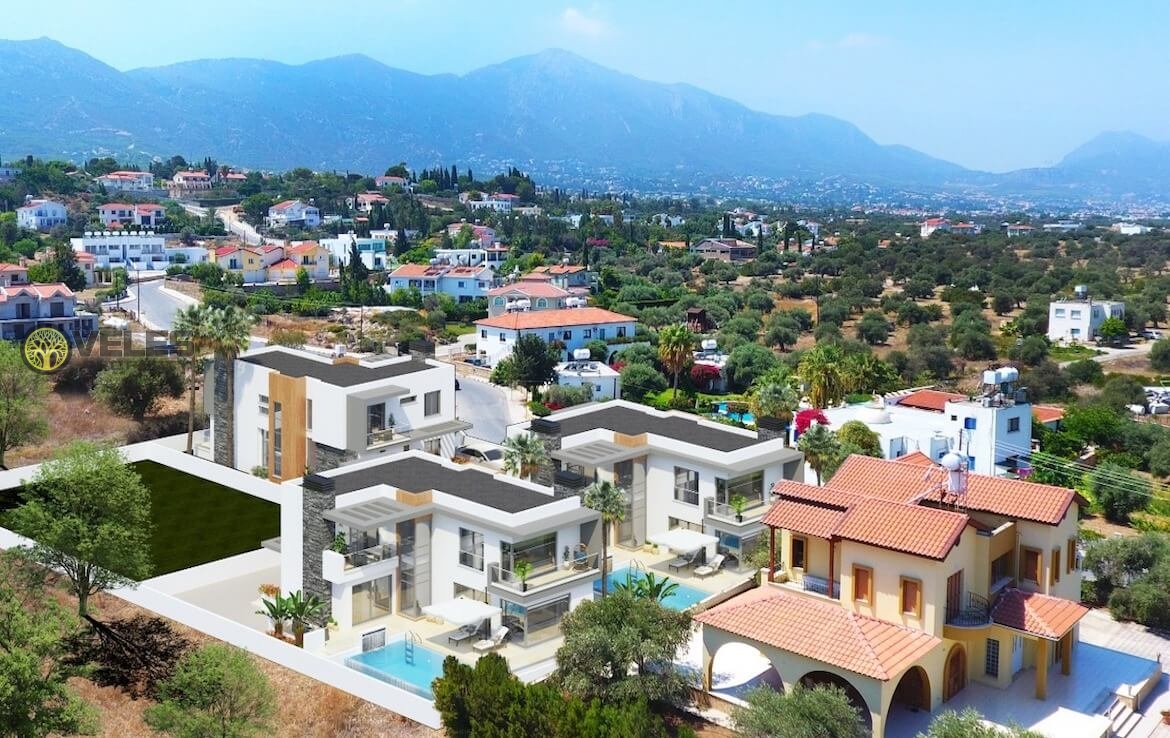 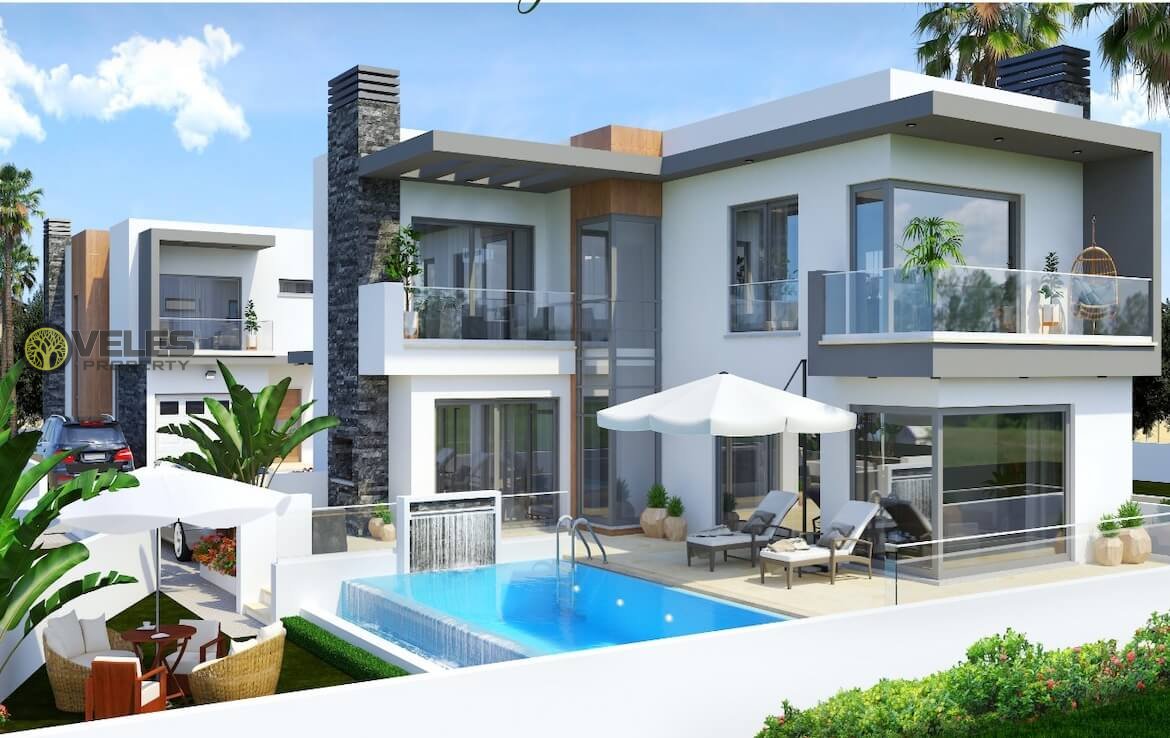 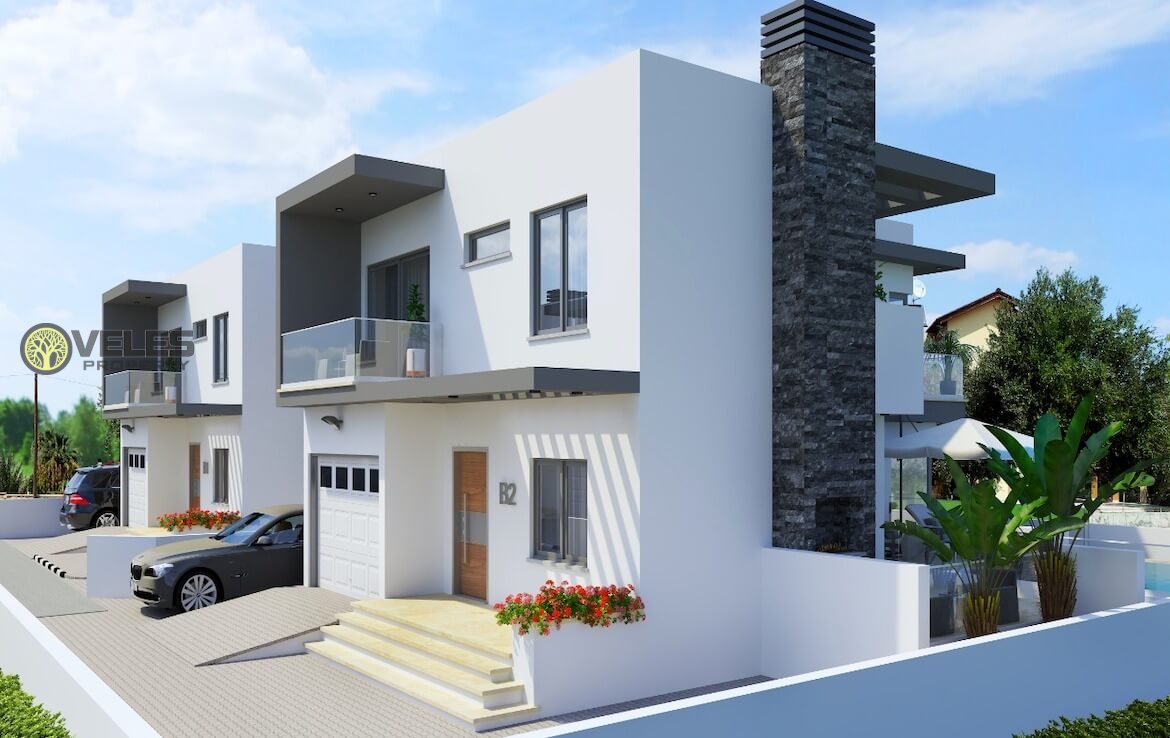 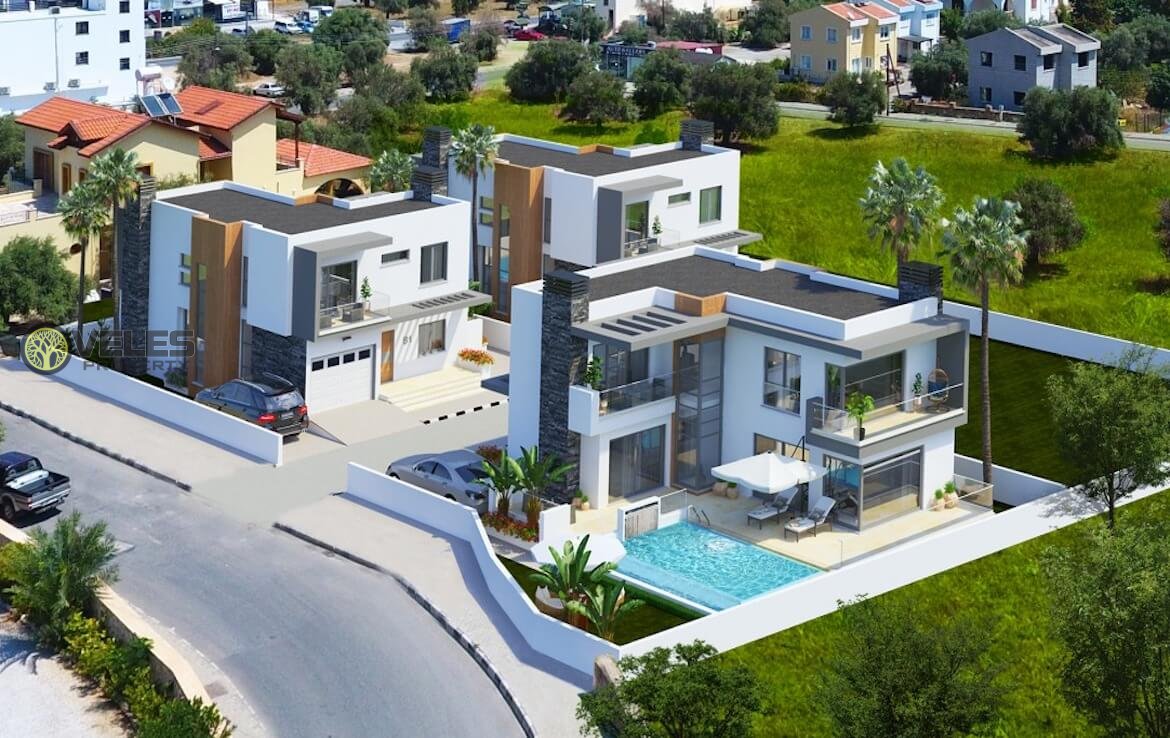 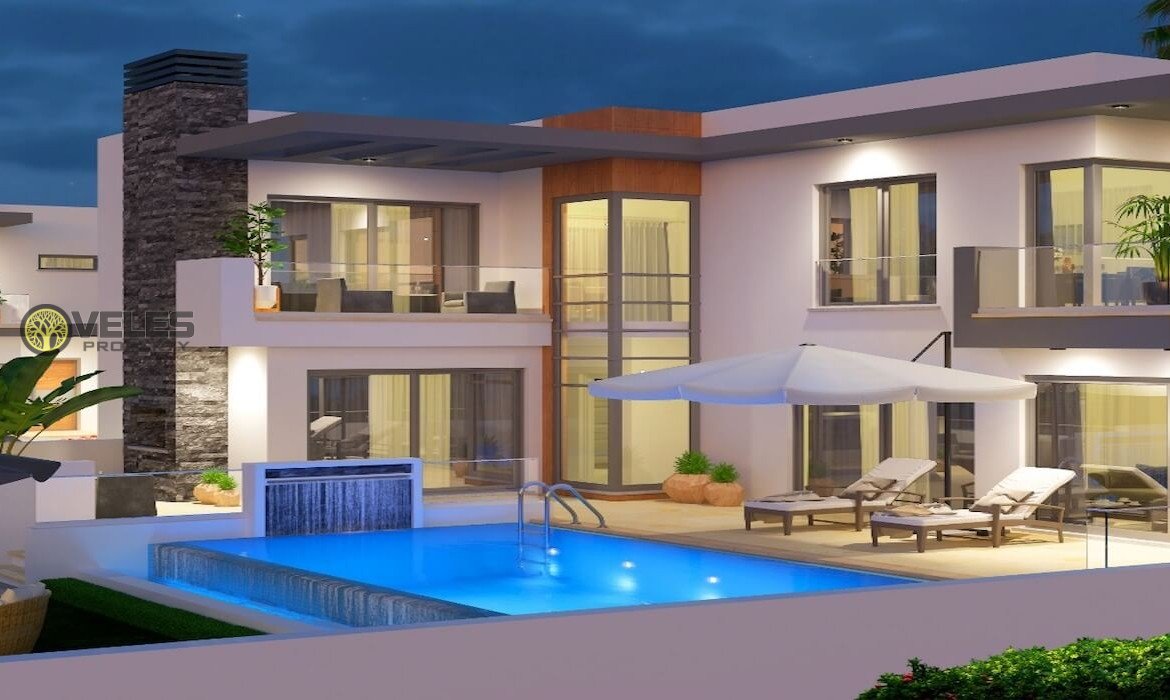 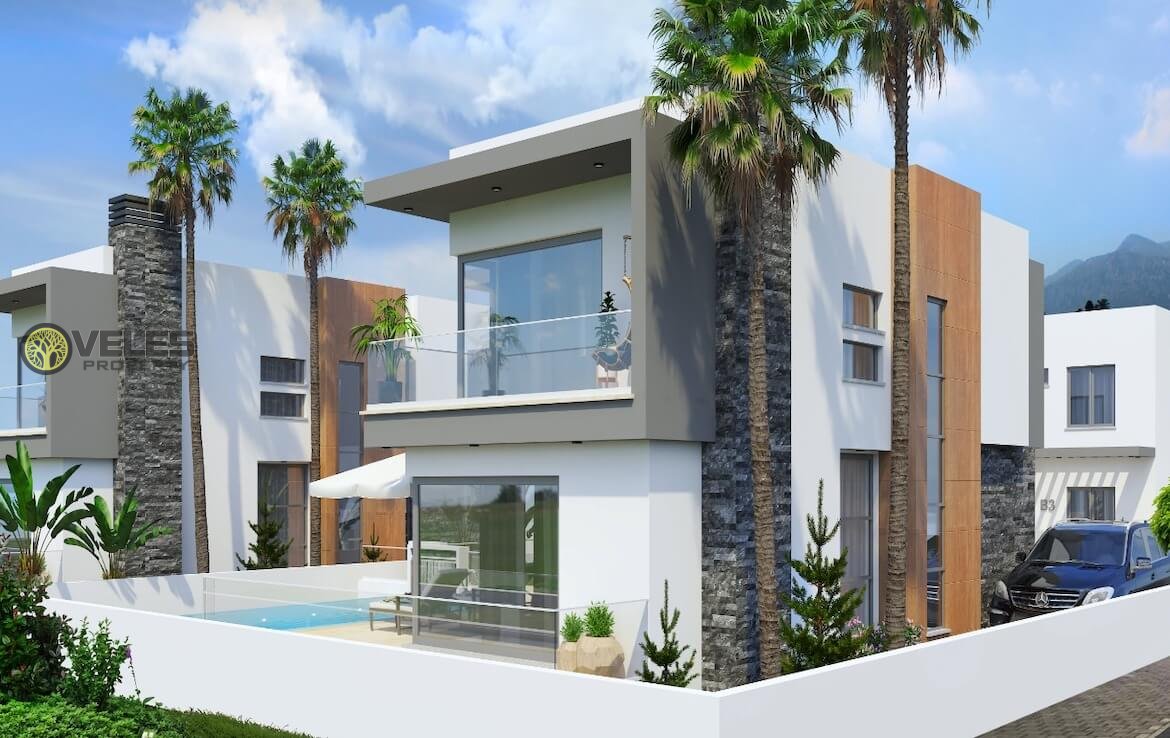 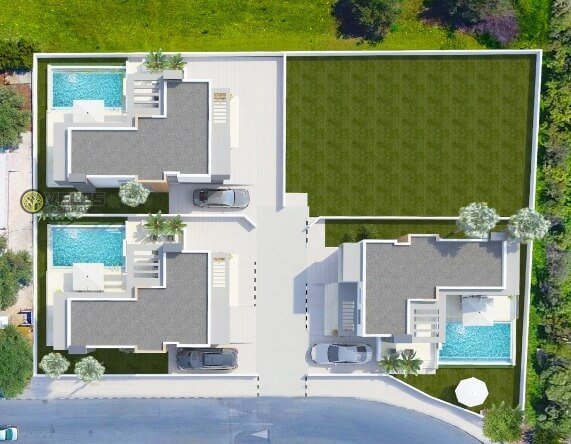 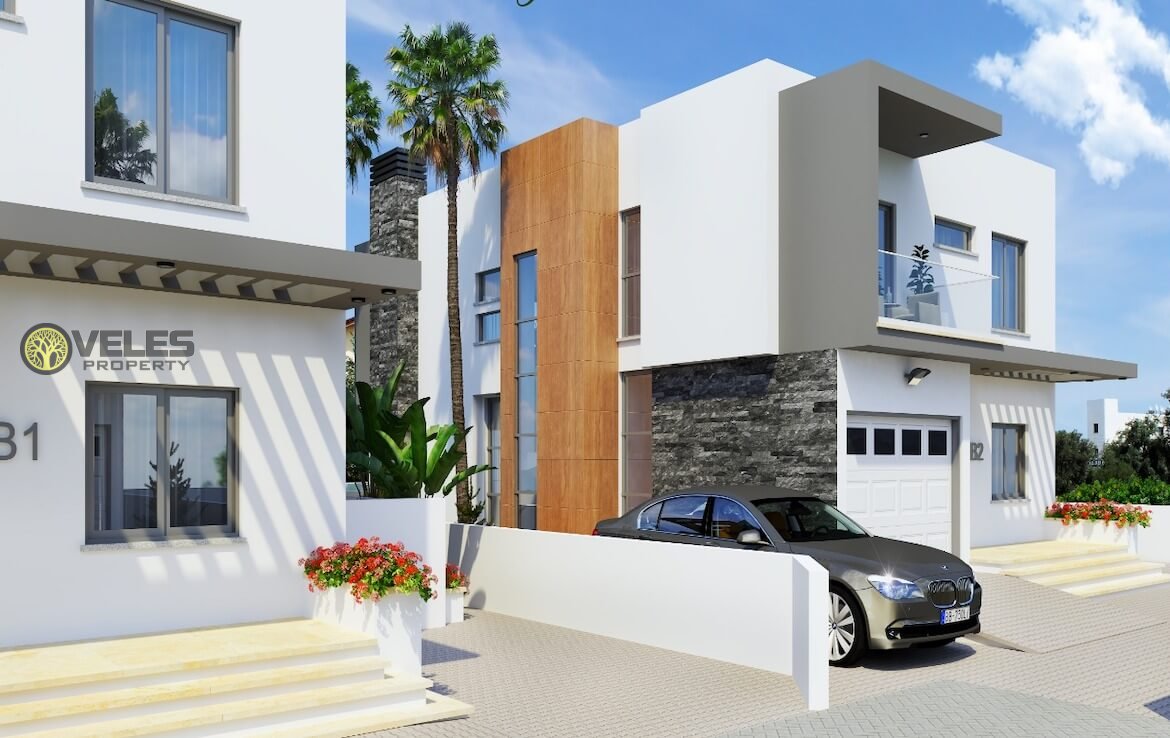