Last two-level apartment with sea views on the main street!
Another big project that will change the standard concept of life in Famagusta! Pearls of the Salamis road, with extraordinary architecture that was built next to the Magri Towers. In addition, the proximity to the University of the Eastern Mediterranean.
Moreover, these are duplex apartments with 2 bedrooms with magnificent sea views. Moreover, with a rental guarantee and a good investment opportunity.

From empires to republic

The Famagusta fortress in Cyprus is famous not only for the Othello tower, but also for the heroic defense in 1570-71, during the siege of the city by the troops of the Turkish Sultan Selim II.
The siege lasted 10 months, but the forces were clearly unequal and the Venetians had to surrender the city.
One of the conditions for surrender was the unhindered exit of the surviving soldiers from Famagusta. Lala Mustafa Pasha, the commander of the Turkish army that was besieging the fortress, agreed to these conditions, but did not keep his promise.

It is worth noting that until recently Famagusta was one of the most fashionable resorts in the Mediterranean.

Turkey owned Cyprus until 1878. In Famagusta, the southern coastal region of Varosha was assigned to the Greeks. Unfortunately, Orthodox and Latin churches have become mosques.
The Cathedral of St. Nicholas (now the Lala Mustafa Pasha Mosque) also became a mosque, but most Greek Cypriots continued to secretly practice Christian rites.
From 1878 to 1960 Cyprus was a British colony, but the Turks and Greeks still lived separately.
Cyprus gained independence in 1960, while both communities retained full self-government.
This made it possible to start developing the tourism business. Famagusta in Northern Cyprus, has become one of the most prestigious resorts. Among her guests were Brigitte Bardot and Elizabeth Taylor with Richard Burton.
In the Varosha district, a full-scale construction of hotels was launched on the first line, and on the second – next to colonial-style houses – new villas appeared …
The last duplex apartment in a new building with Veles Property.

Layout of a two-bedroom penthouse apartment on the second floor 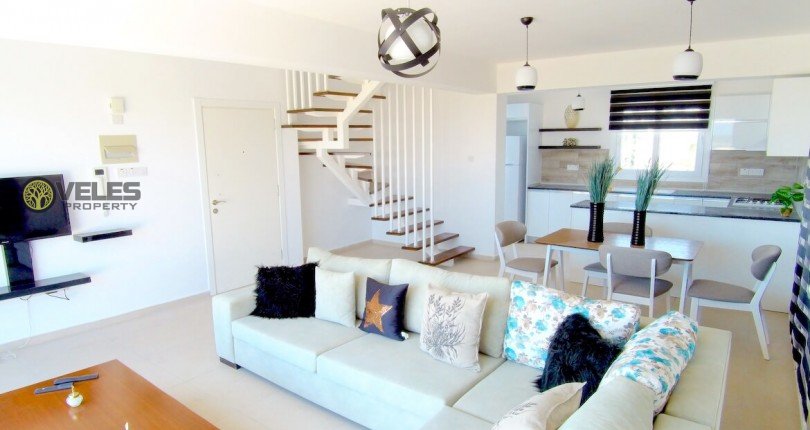 SA-059 Studio in a luxury complex

SV-386 Villa for those who appreciate comfort 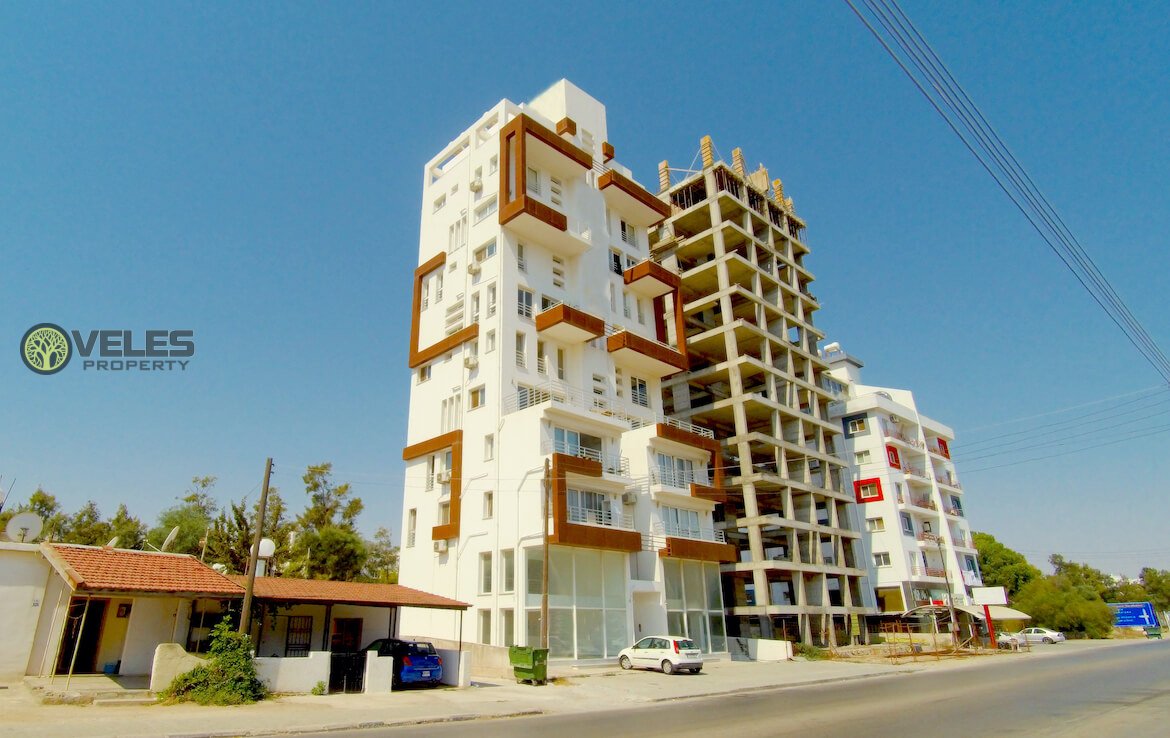 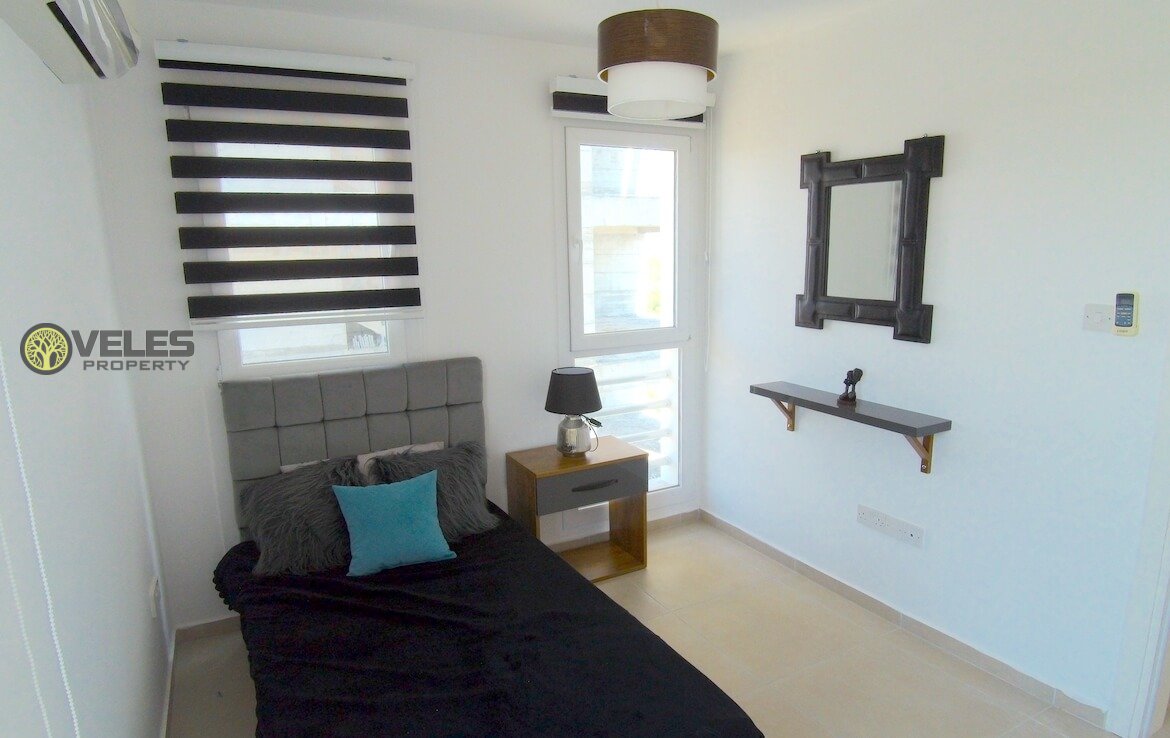 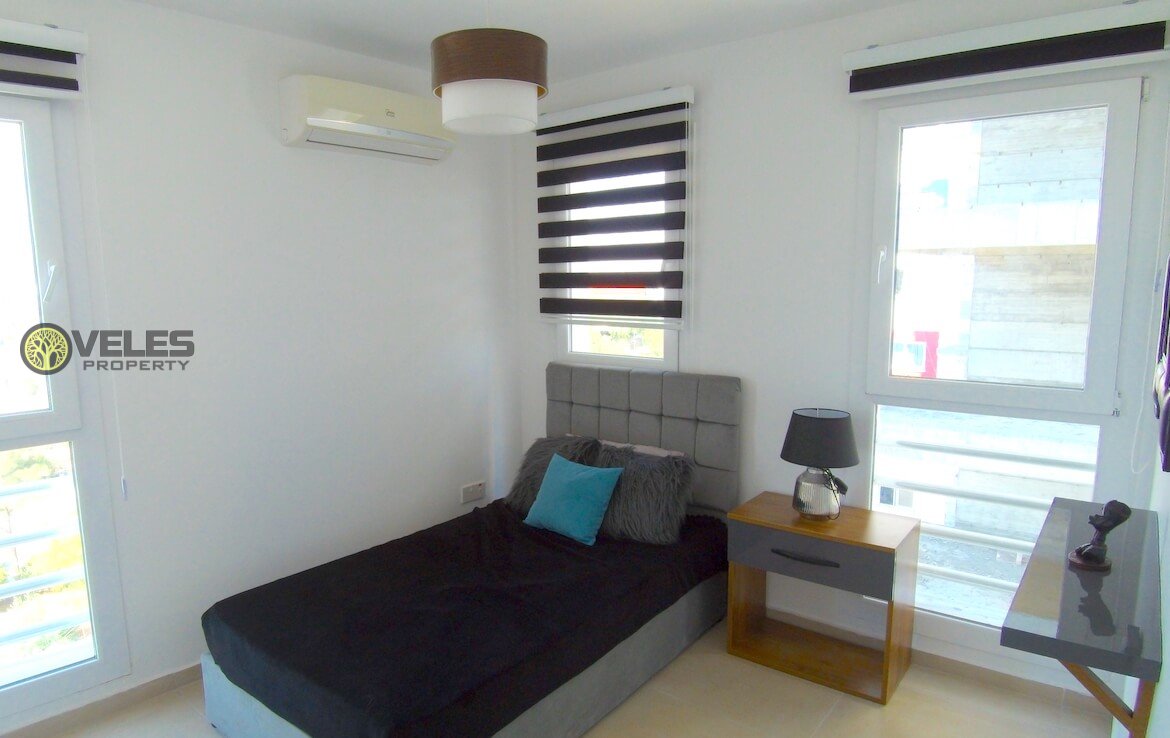 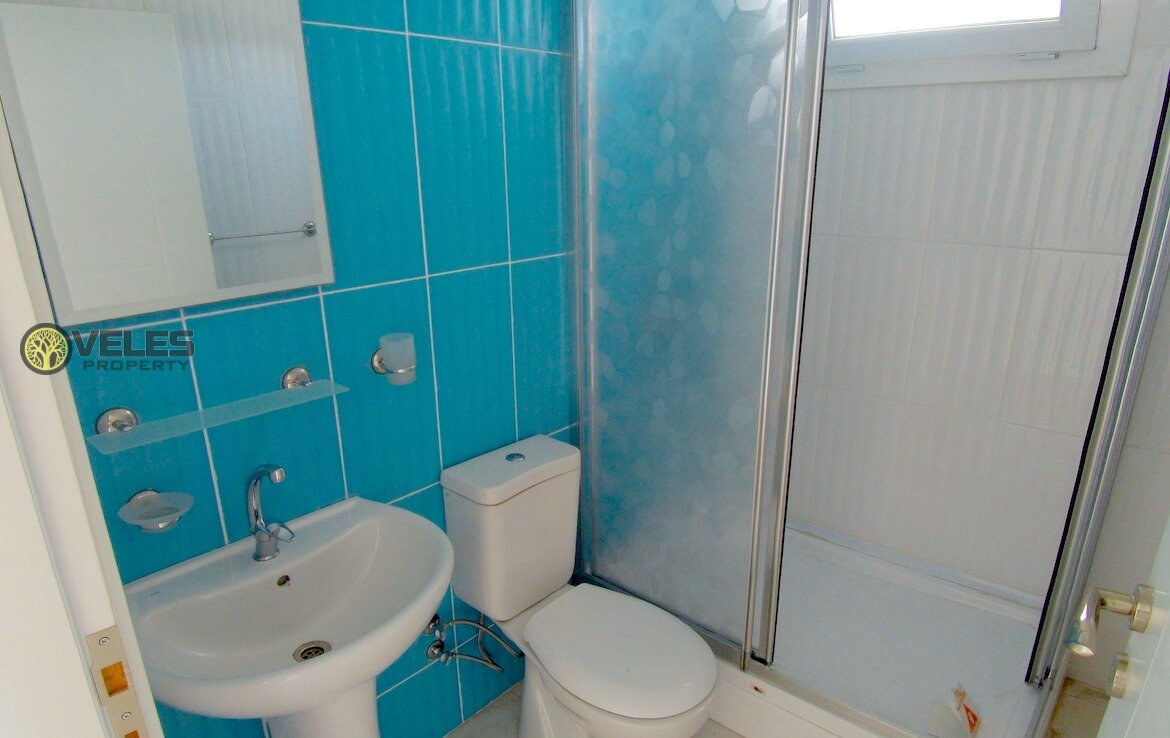 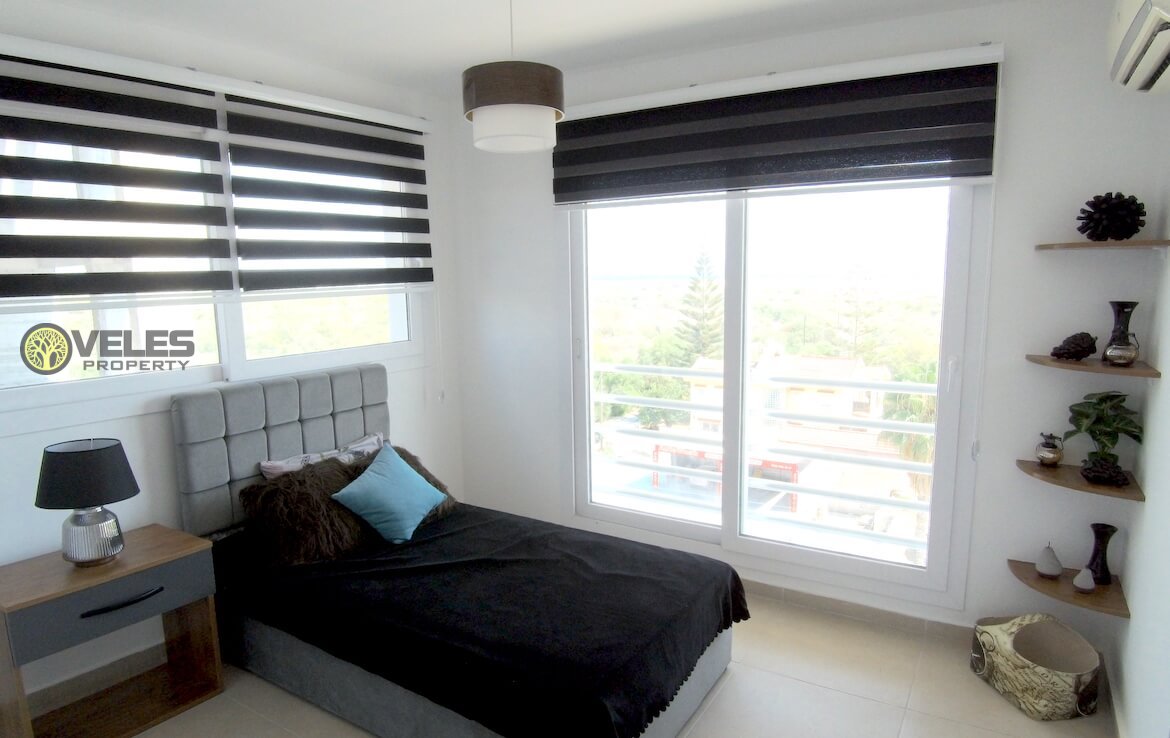 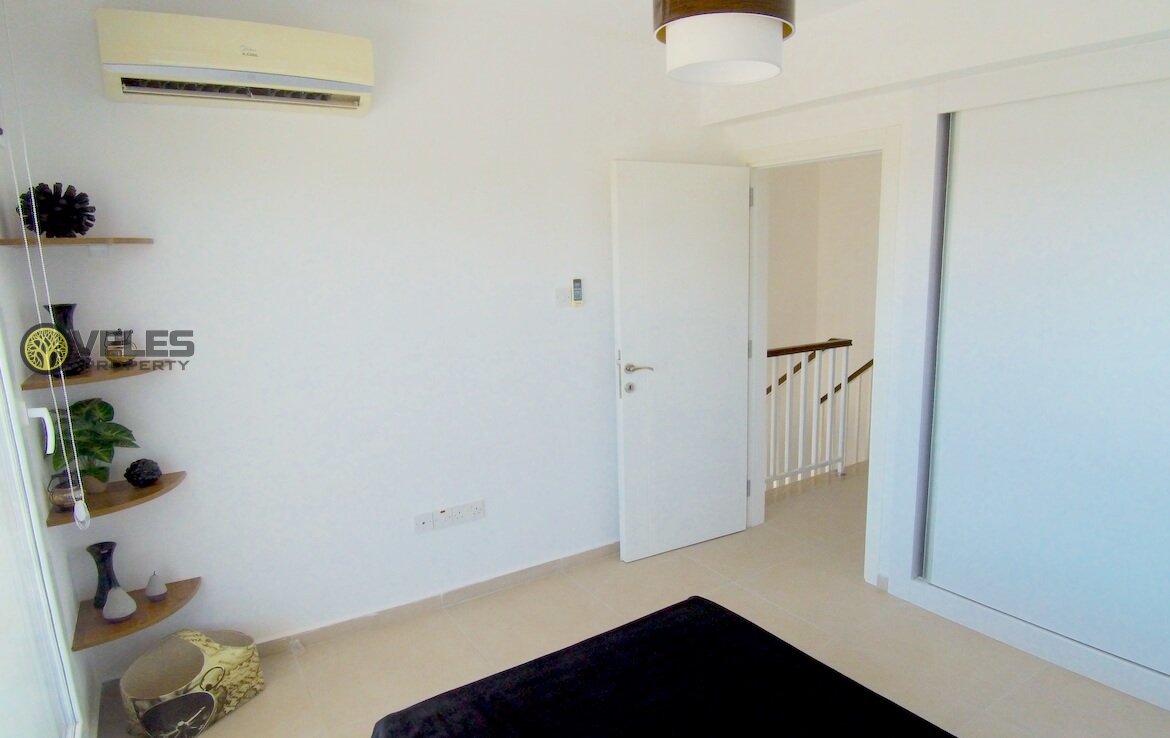 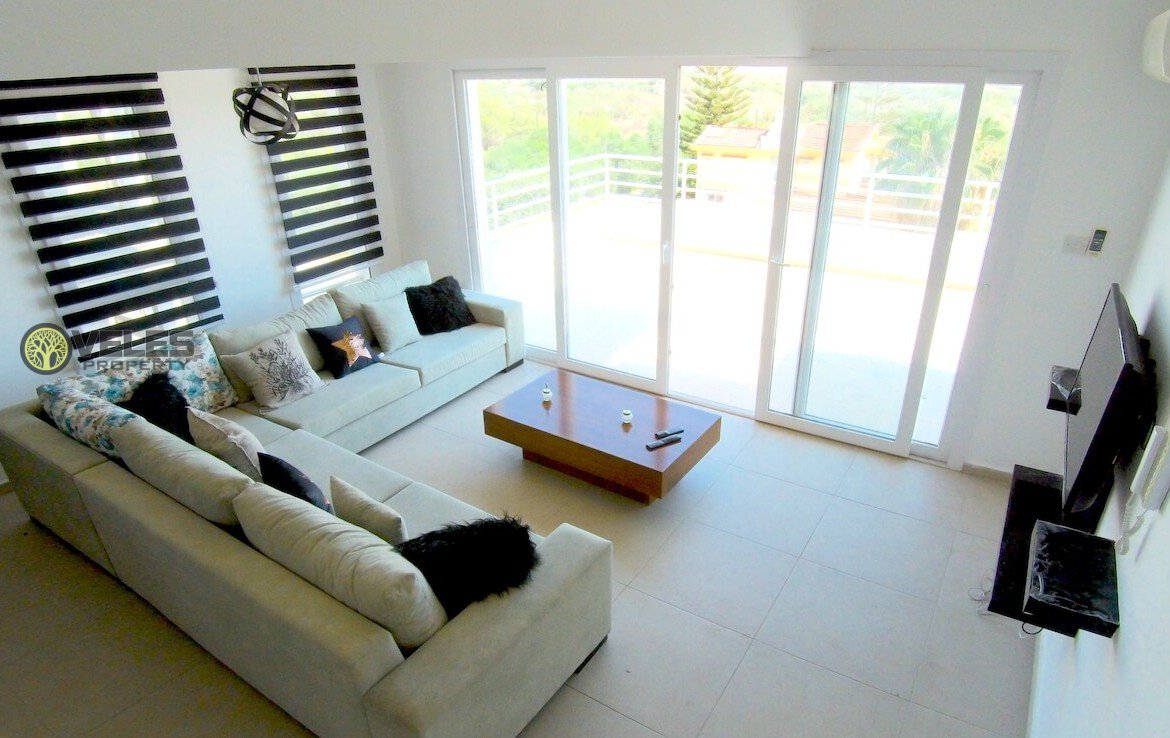 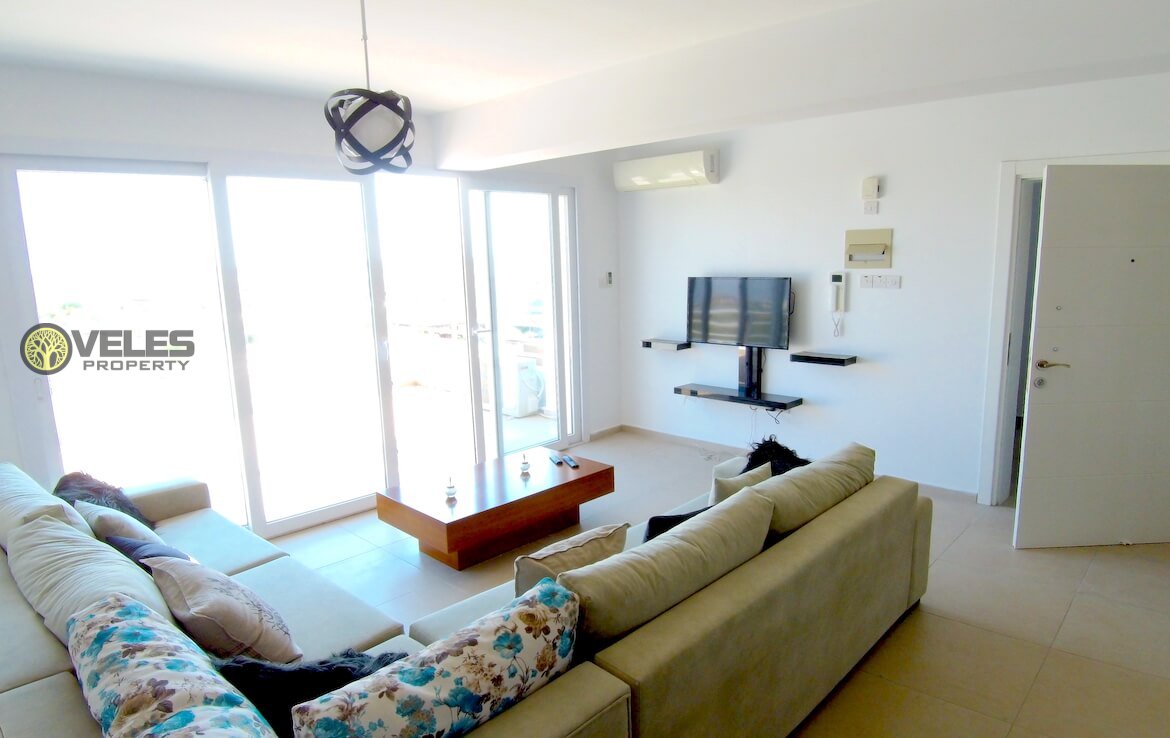 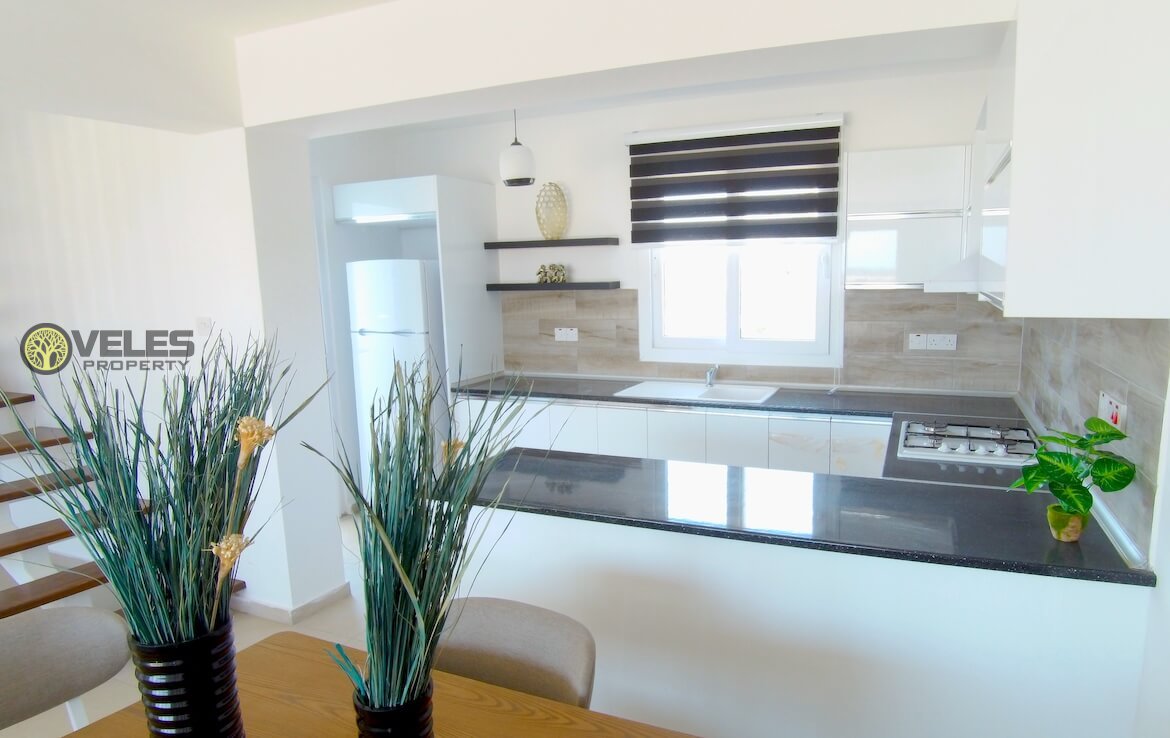 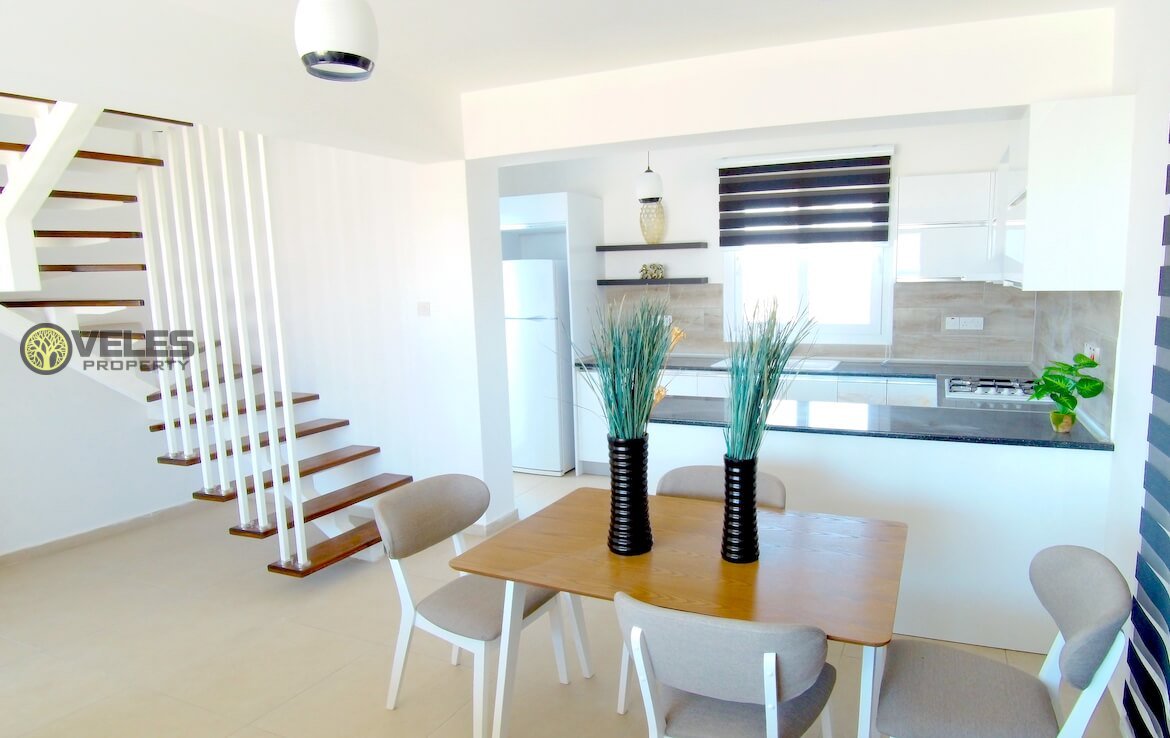 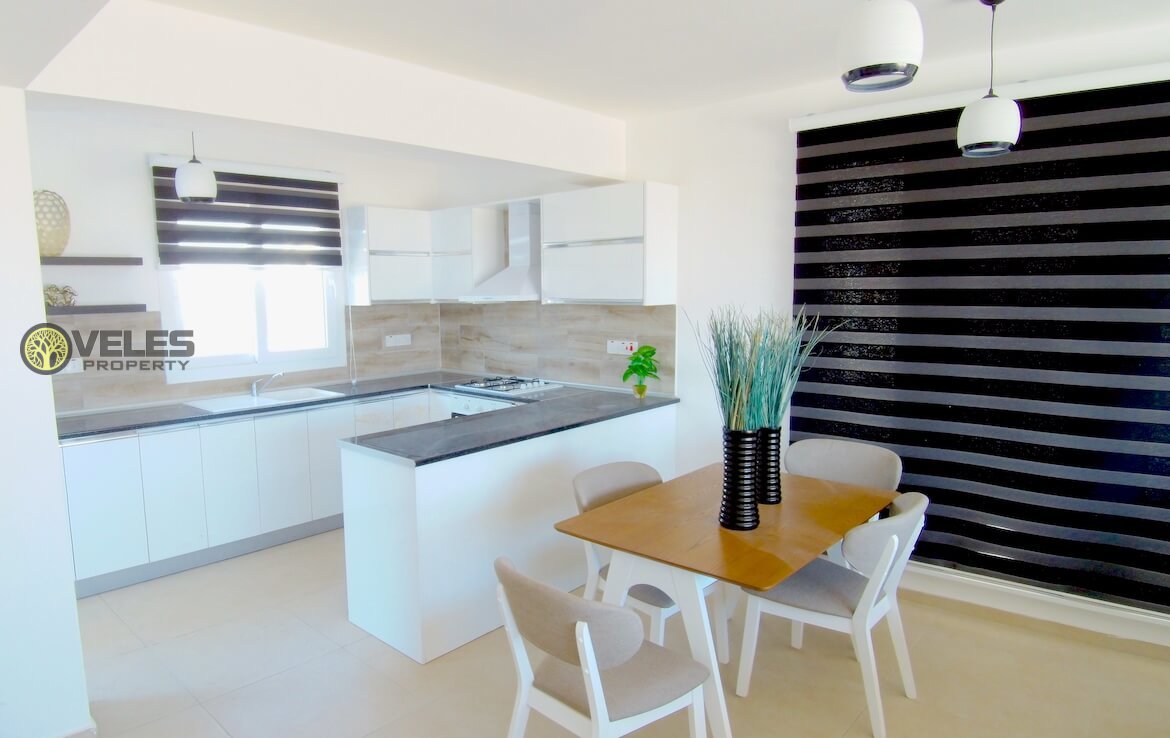 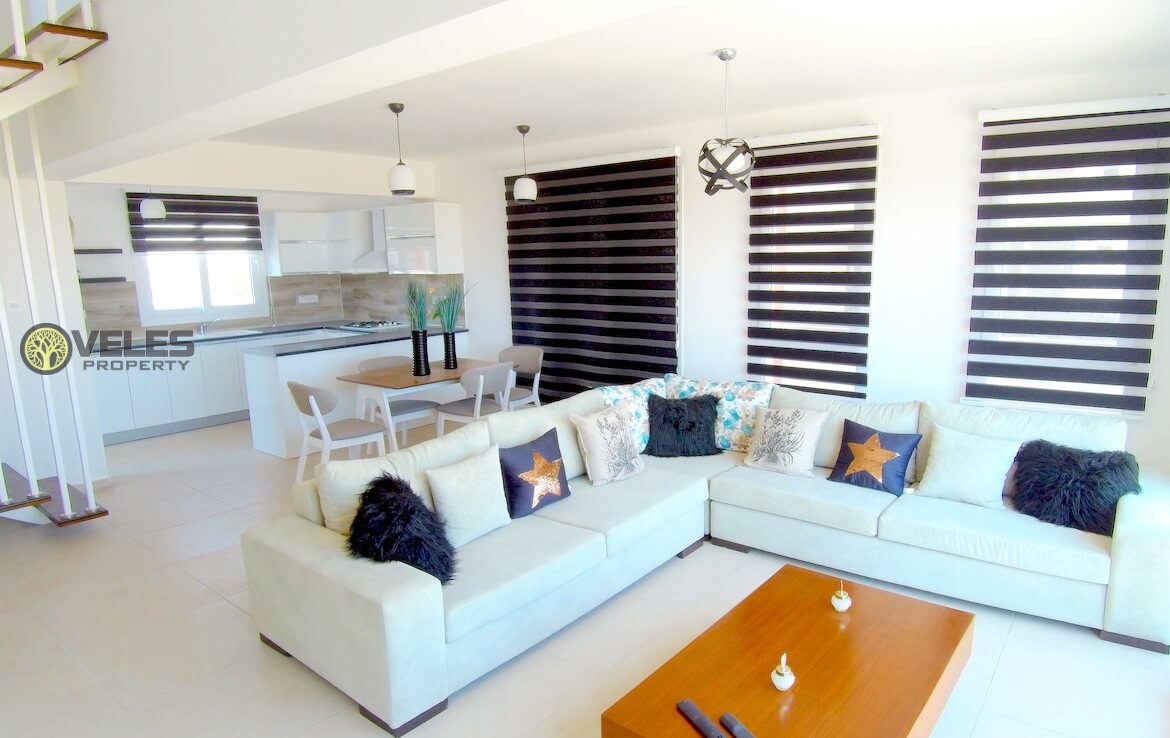 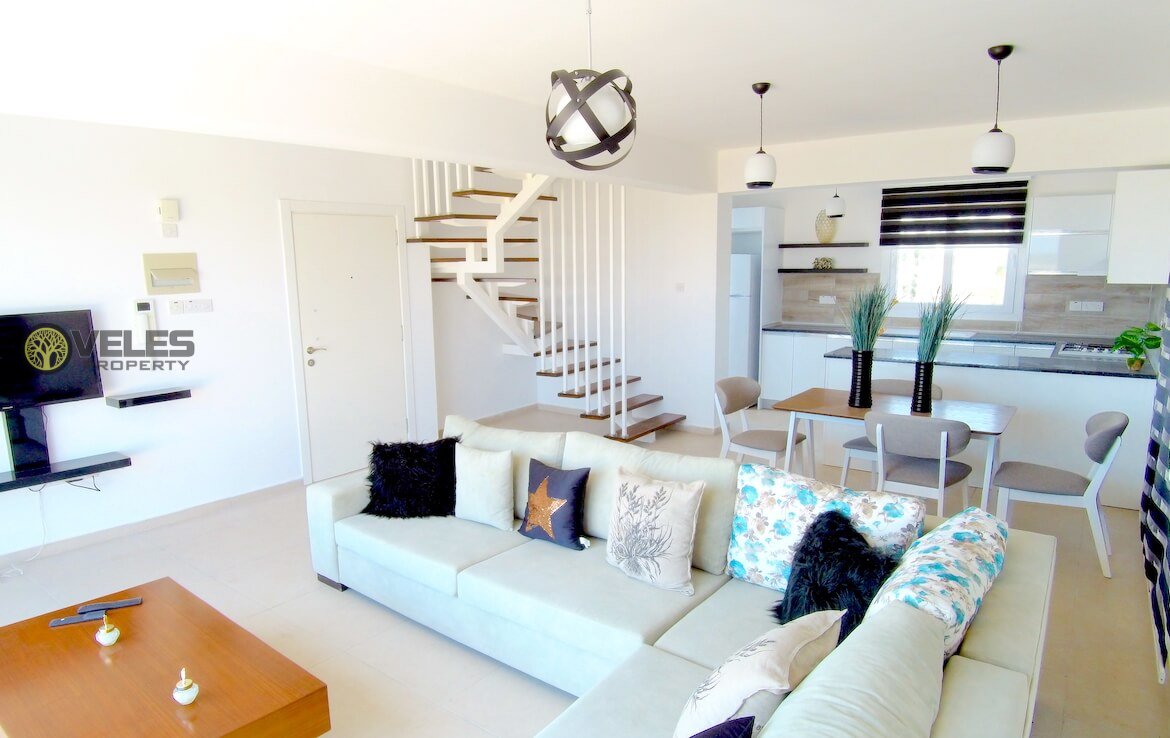 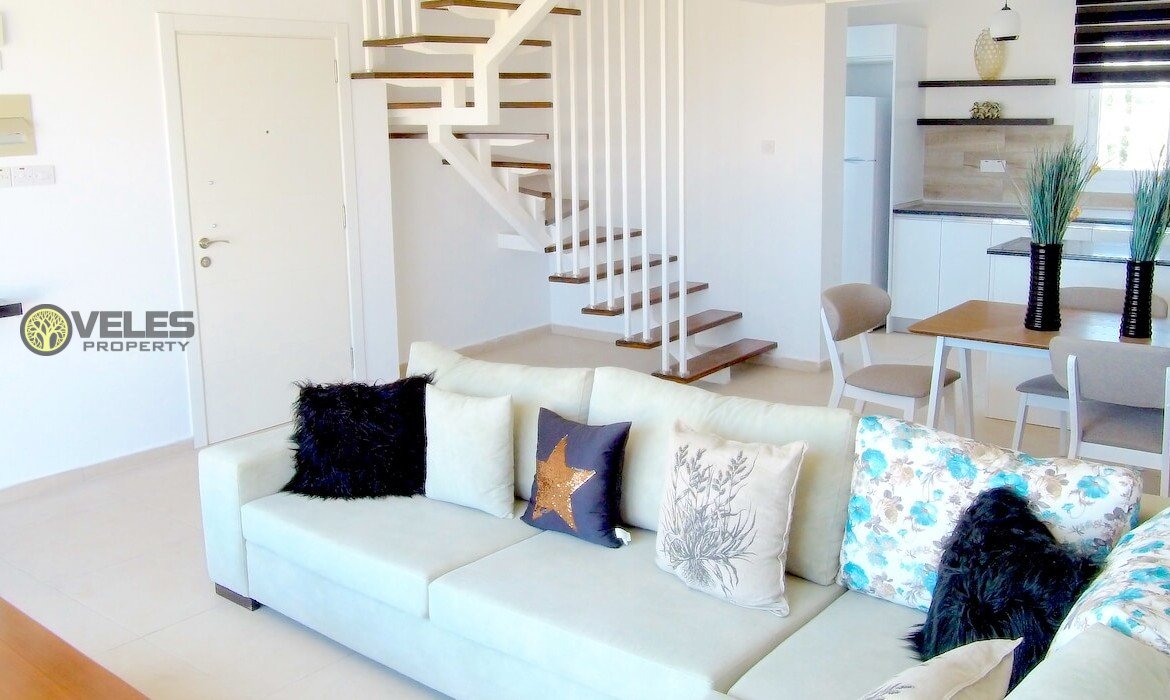 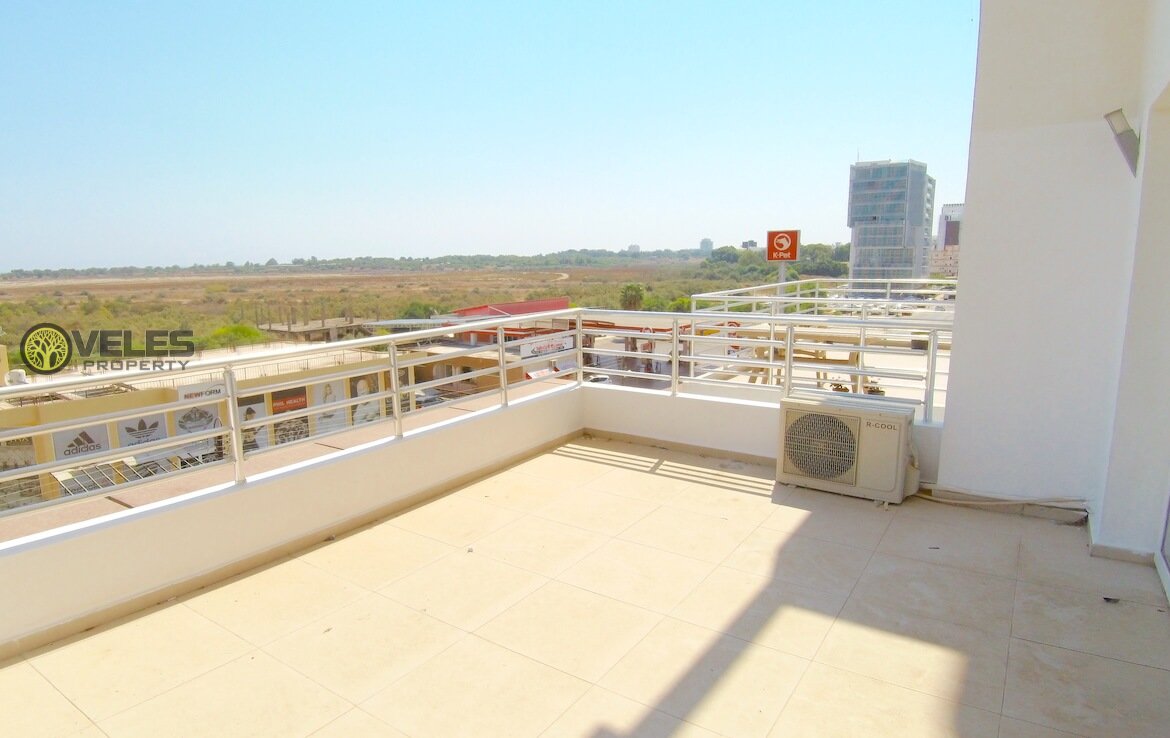 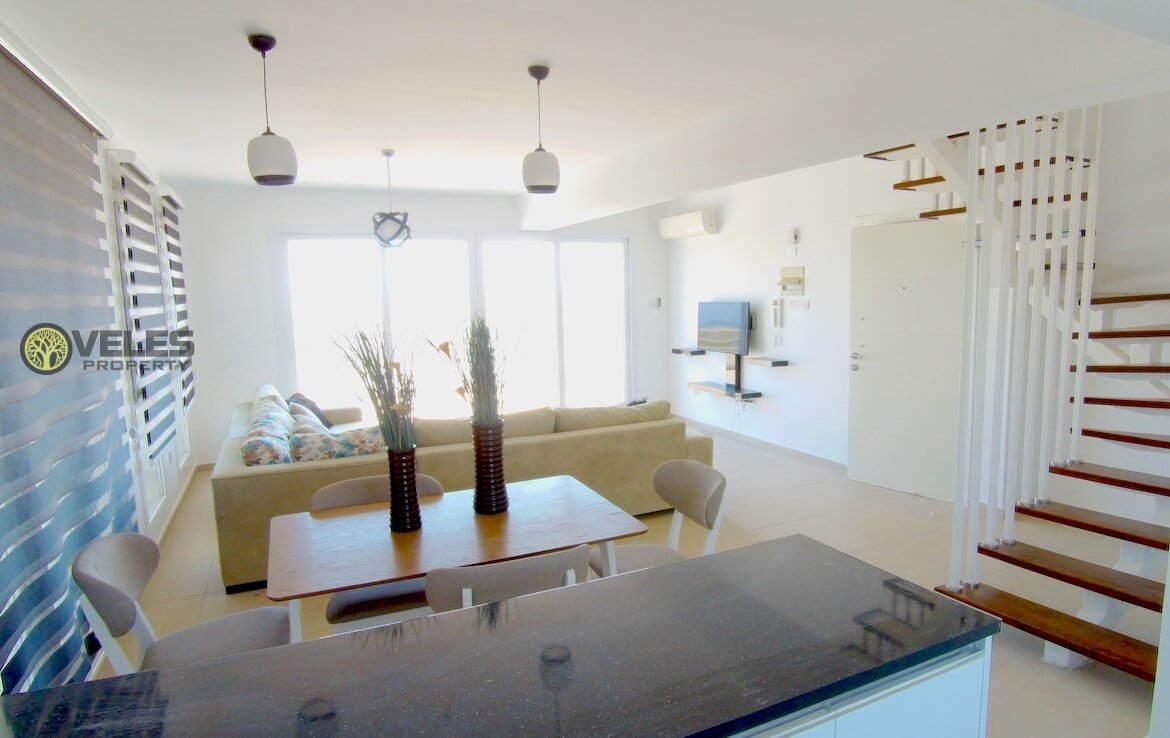