SA-157 Cozy apartment in the center of Girne

SA-157 Cozy apartment in the center of Girne

SA-2208 New apartment in the center of Lapta

SA-2208 New apartment in the center of Lapta

SA-311 Apartment with a furniture in the center of Girne

SA-311 Apartment with a furniture in the center of Girne

SA-239 Penthouse by the sea

SA-239 Penthouse by the sea

SV-401 Villa with 4 bedrooms and pool

SV-401 Villa with 4 bedrooms and pool

SA-194 Apartment in a complex on the sea

SA-194 Apartment in a complex on the sea 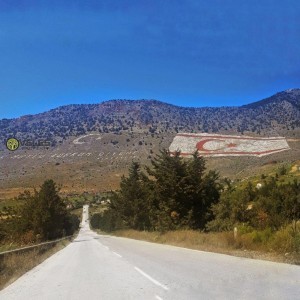 There is no doubt that everyone wants to visit Cyprus at least once in their lives and see with their own eyes the gifts of this unique island. Many are interested in the geography of North Cyprus. The uniqueness of the island of Cyprus is in everything. There is the geographical location, history, climate, beautiful beaches, legends and historical monuments. Here is the combination of affordable prices, ideal climatic conditions, natural resources, the sea and the sun. In short, it makes your stay in Cyprus unique and unforgettable. Therefore, the residents of many countries have made Cyprus their favorite vacation spot.

Geographically, the island belongs to Asia. It covers an area of 9,251 square meters (Northern Cyprus – 3,355 square meters). Cyprus is located in the northeast of the Mediterranean Sea, being the third largest island in the region. 57.6% of the entire territory belongs to the Republic of Cyprus. 36% – to Northern Cyprus or the TRNC. 3.7% is occupied by the buffer zone under the control of the UN. 2.7% of the territory belongs to the United Kingdom, where military bases are located.

Despite its small area, only 100 km from north to south and 240 km from east to west. The natural gifts of Cyprus are surprisingly diverse: mountain ranges, rocky shores, kilometer-long sandy beaches, plains and natural springs. They look like painted by a romantic artist trying to reproduce paradise on his canvas. 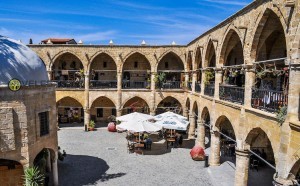 The history of Cyprus is covered in legends and myths and represents the history of the conquests and possession of the island by powerful civilizations. For those who love history, the island will become an inexhaustible source of new knowledge about ancient cultures and world traditions.

The British heritage is felt in Cyprus in the present. But not only the left-hand traffic and the electric sockets of the British model recall the times of the colony. The British represent one of the many nations peacefully living in Cyprus.

Guaranteed sunshine for 300 days a year, the clear waters of the Mediterranean Sea. Friendly Cypriots and the loyal laws of Cyprus allow tourists from many countries of the world to spend an unforgettable vacation here. For those who decide to stay here – the opportunity to purchase the real estate in Cyprus. 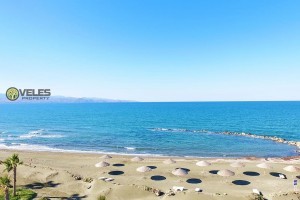 The choice by tourists of the island of Cyprus as one of their favorite places to relax is not accidental, and is based, first of all, on its excellent climatic conditions, which are determined by the location of the island in the Eastern Mediterranean and tropical Mediterranean climate. These factors make it possible for tourists to enjoy the unique climatic and weather conditions in Cyprus at any time of the year. But, even given its geography, Cyprus has been recorded in all the writings of climate research in the world “as a unique for its location.”

Long dry summers and short winters allow travelers to enjoy the sun 9 months of the year. The beach season lasts from May to October. The average annual temperature is 19 degrees. And the water temperature is 21 degrees. At the height of summer, as a rule, in late July and early August, air temperature can reach 40 degrees. These are the weather conditions that allow rare species of sea turtles to lay eggs on the sandy shores of the Mediterranean Sea. Many residents and tourists of the island have more than once witnessed the spectacular excavation of baby turtles. On summer days you can endlessly admire the calm azure sea that goes beyond the horizon. You will see the blue sky without a single cloud. And not worry that the weather can go bad.

Truly a velvet season – this is autumn in Cyprus. Despite the fact that the main flow of tourists visits Cyprus in the summer months, it is the September and October days that offer exceptional weather conditions. This is the time of year when the heat subsidesand the air temperature does not rise above 25-27 degrees, and the sea caresses with warmed over the summer water, a time when Cyprus offers bright colors of nature.

Tourists who visited Northern Cyprus in the fall call their vacation a fairy tale. The tourist flow begins to decrease from November, in accordance with decreasing temperature to about 20 degrees. First rains are possible at this time of year. The winter months are characterized by a decrease in temperature to 15 degrees during the day and to 5 at night. In winter, short-term snowfall is possible in the Kyrenia mountains, and rains on the coast.

January and February are the coldest months of the year, but at this time of year Cyprus is painted in green colors: various flowers bloom in the mountains and foothills, many of which grow only in Cyprus. 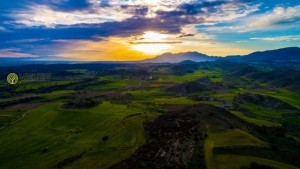 The territory of the Turkish Republic of Northern Cyprus is divided into 5 administrative regions: Guzelyurt (Morphou), Girne (Kyrenia), Iskele (Tricomo), Gazimagusa (Famagusta), Lefkosa (Nicosia). Studying the geography of Northern Cyprus, we see that in the recent past, Northern Cyprus was an exclusively agrarian country, when production from agriculture was the basis of the economy.
Climate and environmental conditions contribute to this very well, however, at present the situation has changed and the fields of education and tourism have advanced to the forefront of the economy.

There is no doubt that the most fertile lands of Cyprus are concentrated in its northern part.
So, the Mesaoria Valley is the main area for planting and cultivating crops, the Karpaz Peninsula has always been considered the best place in Cyprus for growing tobacco, and the areas of Kyrenia and Guzelyurt are the center for growing citrus trees.

The rural population, and in total in Northern Cyprus there are about 195 villages and small settlements, continues to produce various crops: wheat, citrus, olive and carob trees, melons, grapes, figs, potatoes, etc. Tangerines, lime, oranges (three types of orange fruits are popular in Northern Cyprus: Jaffa, Valencia and Washington), and grapefruits are the main production of citrus plants. On certain days of the week, bazaars are held in each city, where fresh vegetables and fruits are delivered from all over the northern part of the island.

Olive groves, carob plantations, almond and citrus orchards are the island’s unique heritage. A small percentage of the harvest of these crops is exported mainly to Turkey, but most of it is used for the needs of the local population. Olive and fig trees are the main suppliers of oil, syrups, delicacies made by local culinary specialists, and, of course, the basis of national food – meze.

After the separation of the island in 1974, the vast majority of Greek Cypriots live in the Republic of Cyprus, and Turkish Cypriots – in the territory of Northern Cyprus. The capital Nicosia (Lefkosa) is the only one in the world, divided into two parts. According to statistics, more than 300,000 people live in Northern Cyprus, but the latest census, which has not yielded accurate results, suggests the possibility of a larger population. The vast majority of the population in the TRNC are Turkish Cypriots and immigrants from Turkey, Anatolian Turks. A small percentage of the population are Greek Cypriots and Maronites. According to the 2006 census, 55% of the total population of Northern Cyprus lives in cities. More than 20% of the population living in Turkish Cyprus are foreign citizens: Turks, English, Russians, Filipinos, Germans, Ukrainians, Kazakhs, Bulgarians, and many other nationalities.

The official language is Turkish, but the local population speaks a regional dialect quite different from the mainland. English is used everywhere, primarily due to the education that is taught in English in most schools and universities in Northern Cyprus, and the large number of English speakers living in Northern Cyprus. In recent years, due to the growing flow of tourists from the CIS, Russian has also become popular, and Russian-speaking staff is also represented in most businesses.

Read more articles about North Cyprus in our Telegram.

SV-323 Villa with a spacious terrace in Edremit

SA-212 Two bedroom apartment in the center of Kyrenia