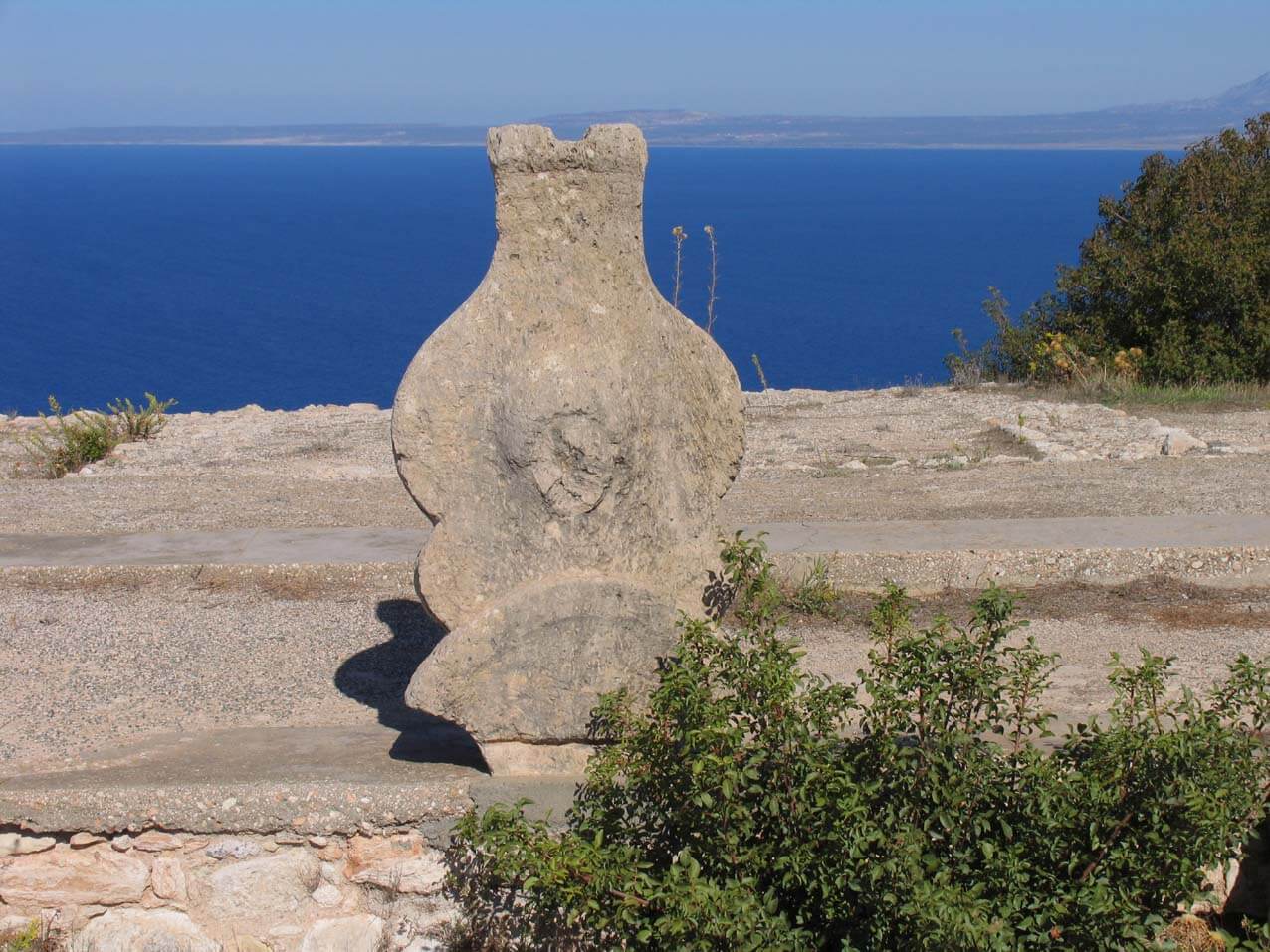 Today I would like to talk with you about one of the most favorite places about palace or ancient castle of Vouni. It is located 9 km west of village of Gemikonagi and 250 m above sea level. On top of high hill, where ruins of Cypriot Vouni Castle are located. An unforgettable panorama opens onto Guzelyurt Bay and Troodos Mountains. Undoubtedly it should be noted that Vouni is only monument of Persian architecture in Northern Cyprus.

A bit of facts:

No one knows exactly what this place was called in antiquity. The name “Vouni” in Greek means high hill. The castle was built at the beginning of 5th century BC by ruler Marion from royal dynasty of ethno-Cypriots. Later, the Athenian commander Kimon destroyed both royal dynasty of Marion and kingdom itself. As a result, Vouni fell under rule of  Greek dynasty.

Vouni Castle was destroyed during wars. Nevertheless, impressive remains of once powerful fortified castle have survived to this day. Which consisted of many rooms, among which were royal chambers and baths.

In a large ceramic vessel, found by archaeologists under ruins of a staircase in one of the buildings of fortress, “Vouni’s treasures” were found. Among them were found gold and silver jewelry, silver utensils and significant number of silver coins. The treasures belonged to the kings of ancient Cyprus – ruler of Marion Doksandros and his heir and son Sasmas. These coins were minted 2,300 years ago. The inscriptions on them are made in ancient language still not decrypted.
⠀

✅ Is opened for everyone.
Entrance fee 10 turkish lira (approximately 1,54 €).
⠀
How to get there: The only way to get to this palace is by car. Therefore, if you come to rest, take car and visit this MAGIC place!

First, information for photography lovers. Undoubtedly this is a VERY COOL location for filming, where you really take a lot of cool photos!
Second, for those who care about energy of the place, it is MANDATORY to visit. By the way, as part of our inspection trip, you have such opportunity!

The beaches of North Cyprus is, firstly, a great opportunity to escape from everyday life....

Bellapais Abbey – architectural monument of world significance. Time did not spare an abbey. But...